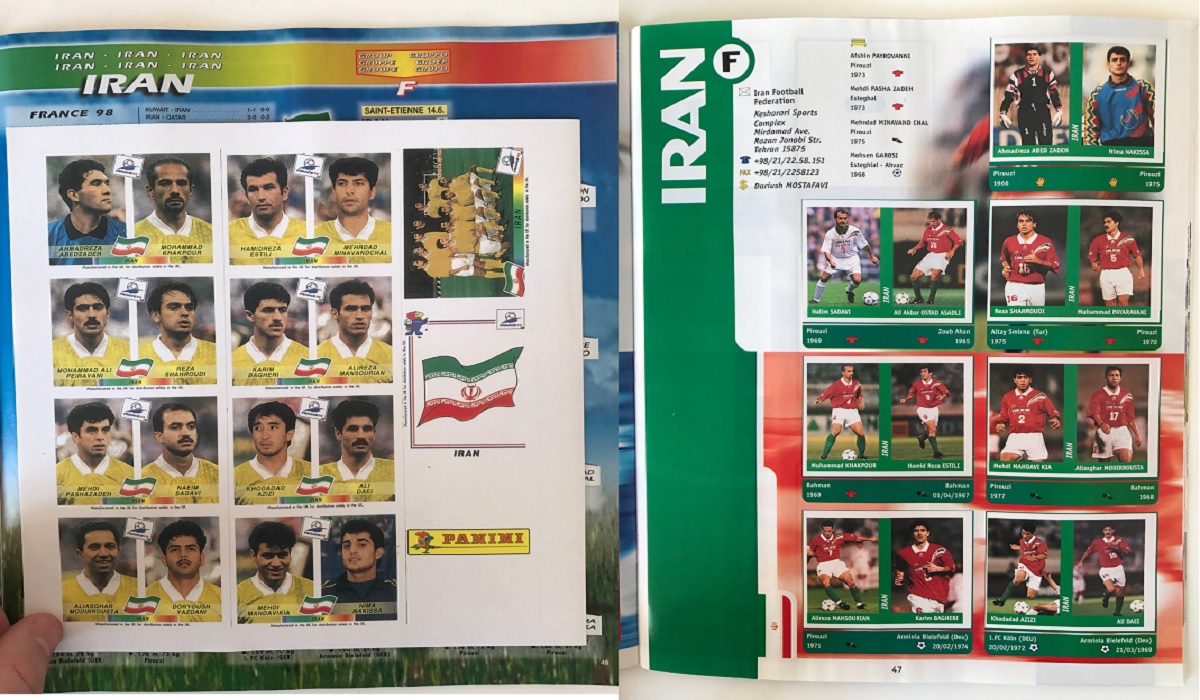 This was an incredible and fascinating story regarding the Iran team, which, as you might know, wasn't available in the collection. Many people wondered what happened to the whole stickers set of Iran.

So apparently Panini prepared the drafts if these stickers and the Iranian National team agreed to the rights at beginning but then changed mind right before finally printing them. This issue was a big deal for both Panini and the collectors, indeed the stickers company had to declare that the Iran team wasn't going to be printed at all anymore.

This happened because another stickers company competitor called DS bought the rights of Iran and other teams and published them. At that point Panini sued DS but couldn't still print and issue the stickers.

The solution found by Panini was eventually printing the Iran team stickers outside the Italian territory and this marketing move allowed some magazines like Guerin Sportivo to place the Panini Iran team in one of their issues as an insert.

Here are the lists of players from both editions DS and Panini:
7 IRAN stickers for DS>