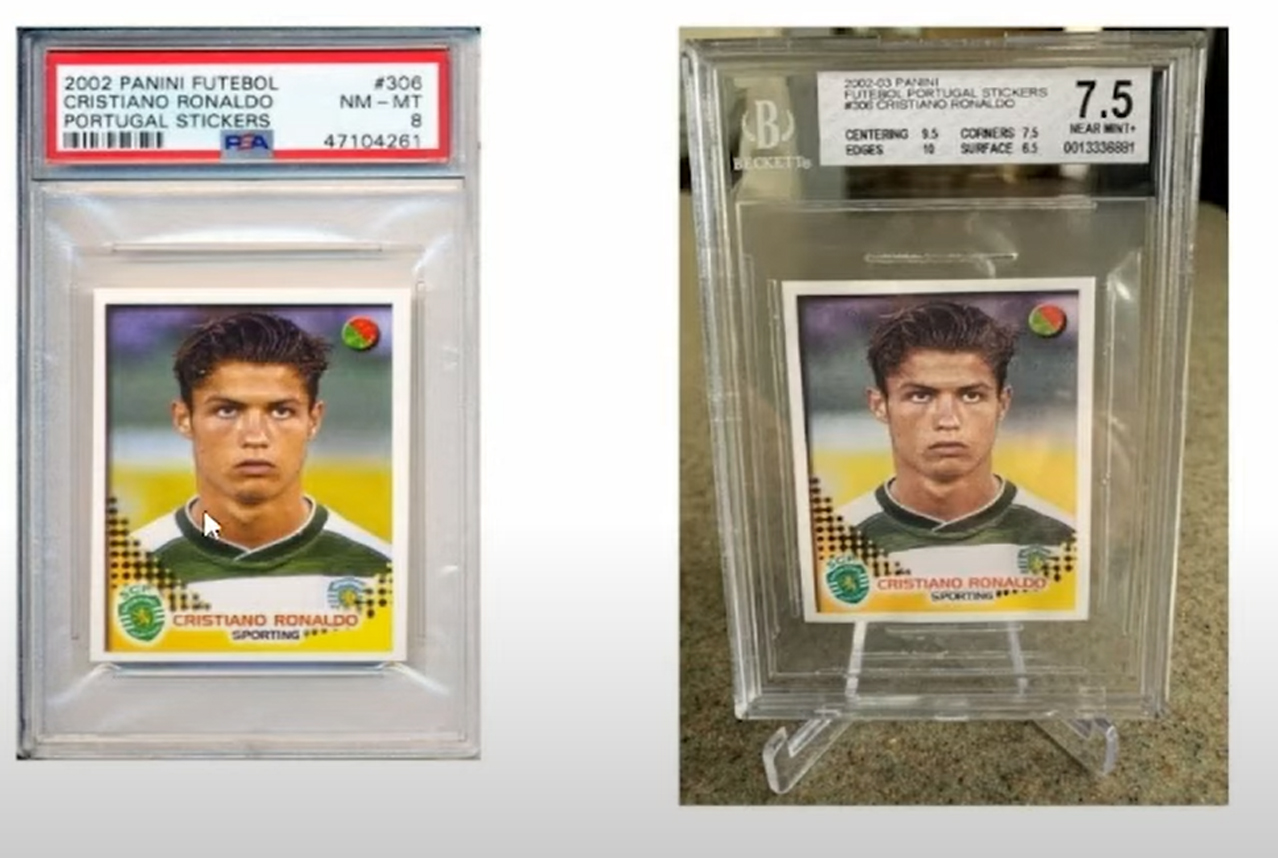 CR 7 ROOKIE STICKER: THE GRAAL OF MODERN FOOTBALL BUT WATCH OUT !

We all know that Cristiano Ronaldo will g o down as one of the best players ever in the history ,along with Pele, Maradona, Messi and so on . Consequently their first years stickers and cards are the most wanted and must have for every collectors and Football lovers. Unfortunately it seems that forgers totally put their eyes on these kind of items and they are becoming better and better at their "dirty job".

Indeed it has been a while that even some huge grading companies like BGS fell for it and went on grading hundreds of apparently fake Figurine Panini Futebol 2002-2003 Cristiano Ronaldo at Sporting Clube de Portugal n.306 !! The news totally shook the community up and since then the market flooded of fake CR7 rookies on various platforms such as Ebay, OLX and so on, in some cases it is even put on the market stated that is a fake one or as REPRINT or FAC-SIMILE (which is a different way to say FAKE) , what a shame !!

There should be a way of recognizing it and it concerns the colours that should be somehow faded but, as you know, buying online is tricky especially when it comes to recognize not original items.

In the picture below you can see the big difference between the PSA graded and the BGS:

In the back part it's kinda the contrary! The bold colours indicates the "fake" one while the lighter colours are in the original. What a weird thing!

There is actually NO CLEAR STATEMENT about the 100% certainty that the BGS one if "fake" but in the community we all pretty much agree about it and it seems to be very clear as we speak.

So watch out people and always buy from trusted sources !!